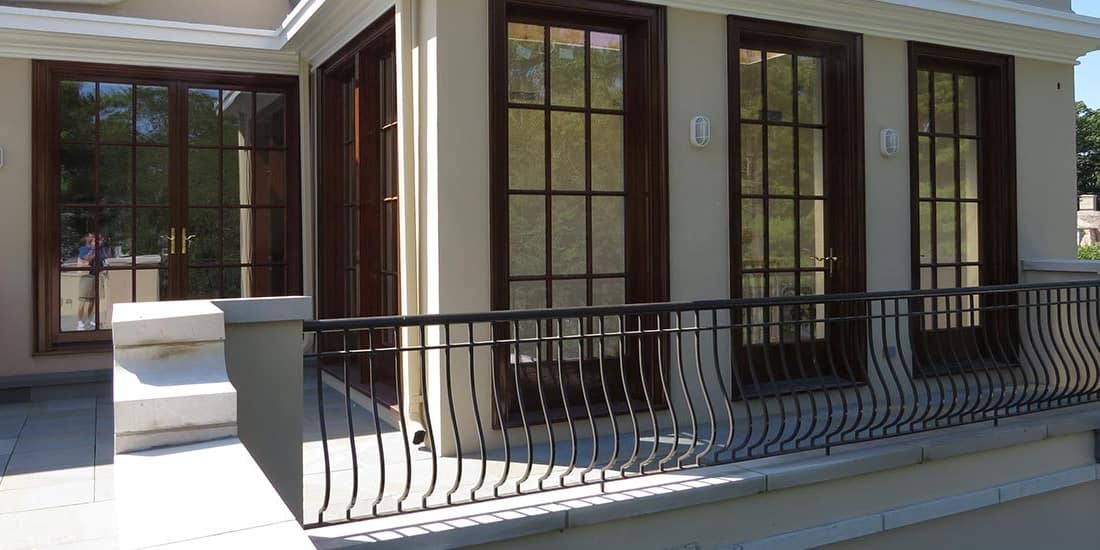 Phase #3 – Adams Architectural Millwork Co. was called back a third to build products for an addition to the home. Adams built another picture window unit with flanking French doors that was a little smaller than the previously fabricated unit, several custom doors on the second floor addition, and replaced all windows on the second floor, as well as two bay windows on the first floor.